First-Time Graduates and Graduates with Prior Awards

Overall, fewer first-time college graduates were added to the population in 2016-17, but the trend varies markedly by age group (Figure 2). First-time graduates (associate and bachelor’s degrees combined) in the 25 and over age group dropped by 36,113 (-5.5 percent) compared to the previous year, reflecting postrecession enrollment declines among older students. However, first-time graduates under the age of 25 saw continued growth in 2016-17, with their numbers having increased by 29,011 (+1.8 percent) compared to the previous year.

Based on student-level enrollment and degree data from the National Student Clearinghouse, the Undergraduate Degree Earners Report differentiates between students earning their first postsecondary award and students earning additional undergraduate awards on top of ones earned in prior years. Each student is counted as a first-time graduate only once, in the academic year of his or her first postsecondary award. In Figures 1 and 2 only recipients of associate and bachelor’s degrees are counted as first-time graduates. However, the prior awards which distinguish first-time graduates from repeat graduates include both degrees and certificates. Counts may differ from those reported in earlier versions of this report, to reflect additional historical data reported to the Clearinghouse since publication. More information on Clearinghouse degree coverage and definitions can be found in the notes section at the end of this report.

Figure 1: Number of First-Time Graduates and Graduates with Prior Awards

Figure 1 shows counts of students earning undergraduate degrees (bachelor’s and associates combined) in each academic year, disaggregated by first-time graduate status. The number of graduates with prior awards (which may include degrees or certificates) has increased steadily in recent years. 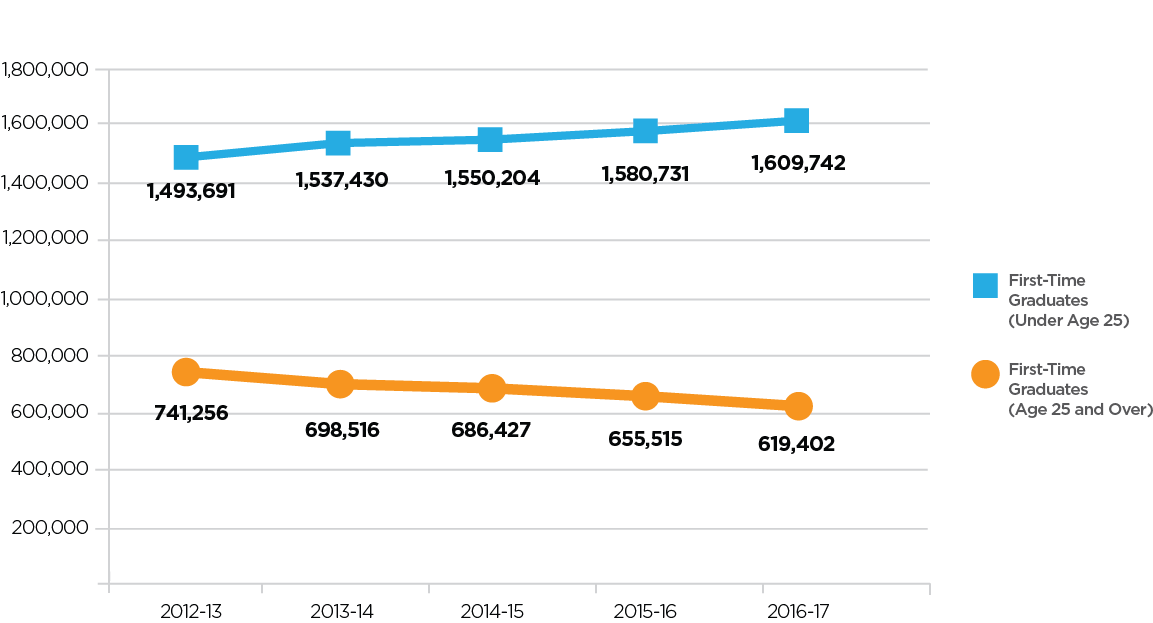 Figure 3: Distribution of Undergraduate Degree Earners by Prior Award Status

Table 1: Undergraduate Degree Earners by Level of Prior Award

Table 1 provides counts of undergraduate degree earners grouped by the level of their most recent prior award (if any). Students with no prior award are classified as first-time graduates. Academic years run from July 1 to June 30.

Table 2 shows the count of bachelor’s degree recipients in each year and category who were first-time graduates. First-time graduates are defined as students who earned a bachelor’s degree, associate degree, or certificate as their first postsecondary credential. Each student is counted as a first-time college graduate only once, in the academic year of his or her first postsecondary credential. Academic years run from July 1 to June 30.

Table 7: First-Time Graduates Earning Certificates as Percentage of All Certificate Earners by Gender, Age, and Sector

Notes on the Data

The Undergraduate Degree Earners Report, published annually by the National Student Clearinghouse Research Center, provides counts of first-time graduates and graduates with prior awards by institutional sector, award level, age group, and gender. Award recipients are considered to be first-time graduates if the award received in the report year is their first postsecondary award from a U.S. Title IV, degree-granting institution. Each student is counted as a first-time graduate only once, in the academic year of his or her first postsecondary credential. Academic years run from July 1 to June 30. A student who earned two credentials in the year of his or her first credential is counted under the highest credential level earned in that year. For example, if a student whose first award was a certificate received in December 2016 subsequently received an associate’s degree in May 2017, this student would be counted in this report as a first-time graduate at the associate’s degree level in academic year 2016-17. Certificate earners with no prior awards are classified as first-time graduates.

The National Student Clearinghouse collects graduation information from its participating institutions via two data reporting services: Enrollment Reporting (ER) and DegreeVerify (DV). Enrollment Reporting has slightly higher data coverage rates, but for credentials reported prior to 2013-14, it generally includes only basic completion information, such as graduation indicator and the date of graduation. DV includes enhanced information on completions, including degree title, major, level, and CIP code, and comprised 94 percent of credentials granted by U.S. Title IV degree-granting institutions as of fall 2017. The overall set of undergraduate degree earners for a particular year is based only on awards reported to DV, but prior award status was assigned using records from both ER and DV. In cases where the prior award did not appear in a DV record (approximately 2.2% of the 2016 bachelors’ degree earners, 2.8% of associate degree earners and 2.8% of certificate earners), the level of the prior award was imputed based on the institution level and related enrollment records. To adjust for the DV participation rate, weights were applied to each degree record included in this report. Weights were derived by calculating the inverse of the rate of degree data coverage for each combination of year, institution sector, award level (bachelor’s, associate’s, or certificate), and student gender. To obtain degree data coverage for each combination of year, sector, and award level, Clearinghouse degree data were compared to IPEDS Completions data for all U.S. Title IV, degree-granting institutions.

Institutions reported student gender to the Clearinghouse for approximately half of all students included in this report. The genders of the remaining students were imputed using a table of name-gender pairs that the Research Center developed using data publicly available from the Census Bureau and the Social Security Administration as well as the institution-reported data. The imputation used only those pairs in which the name had at least two instances and was associated with a single gender in at least 95 percent of the instances. The imputation is accurate in 99.6 percent of the cases with known gender. A detailed document on the development of our approach resides on the National Student Clearinghouse Research Center’s “Working with Our Data” Web page.