Some College, No Credential Student Outcomes

In July 2020, the Some College, No Credential (SCNC) population has reached 39 million, up 3.1 million from the 36 million SCNC population previously reported. A combination of net growth (1.9 million) and methodological enhancements contributed to the 3.1 million increase. Forty-eight states and D.C. had a net growth.

Despite the COVID-19 pandemic, nearly one million SCNC students re-enrolled during the academic year 2020/21, and over 60,000 students earned their first-ever postsecondary credential (including bachelor’s degree earners that comprised nearly one-third). Also, tracking re-enrollees for a two-year period after re-enrolling, 61.1 percent of those who re-enrolled in 2019/20 either persevered into the second year or attained a credential within a year of re-enrolling.

Enabling SCNC students to finish a postsecondary credential brings personal and societal benefits, which are recognized by the many states that have established postsecondary attainment goals. But high college costs, inaccessibility, and the currently strong labor market have kept low-skilled workers out of higher education. If these trends continue, a growing number of U.S. workers lacking education credentials risk being left behind in the twenty-first century economy. At the same time, most colleges are still reeling from historic enrollment declines during the pandemic, suggesting that the continued health of higher education institutions, and their ability to meet the needs of future students, may depend on their success at re-engaging SCNC students today, which brings increased importance to a focus on the SCNC population.

The Some College, No Credential (SCNC) report series seeks to understand the educational trajectories of millions of U.S. adults who left postsecondary education without receiving a postsecondary credential and are no longer enrolled. As the third in the series, this report identifies the levels of opportunity within each state for re-engaging SCNC students in the postsecondary attainment pipeline by tracking SCNC student outcomes annually: “Re-Enrollment” after stop-out, completion of “First Credential,” and “Perseverance” as indicated by continuous enrollment beyond first re-enrollment. 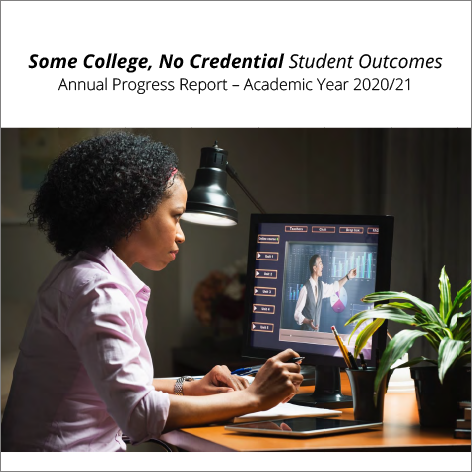 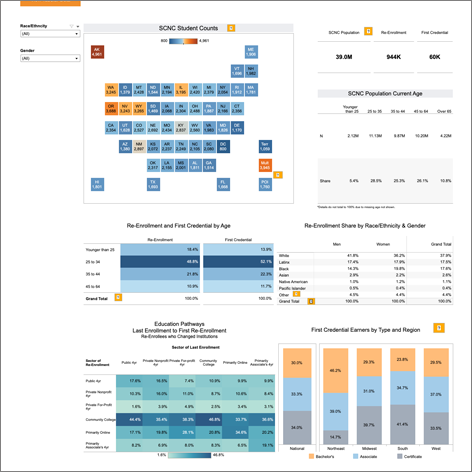 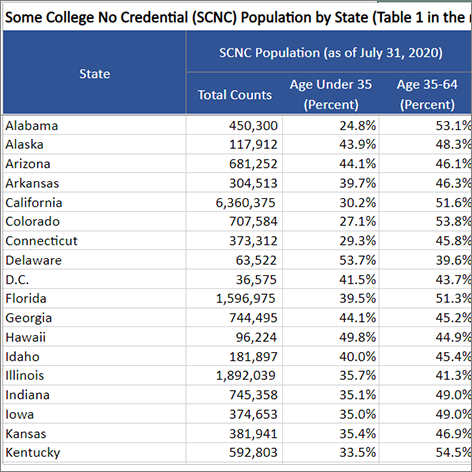