Nationally, 14.6 percent of all 2013-14 college graduates attended college in at least one other state or territory in the 10 years prior to receiving a credential. 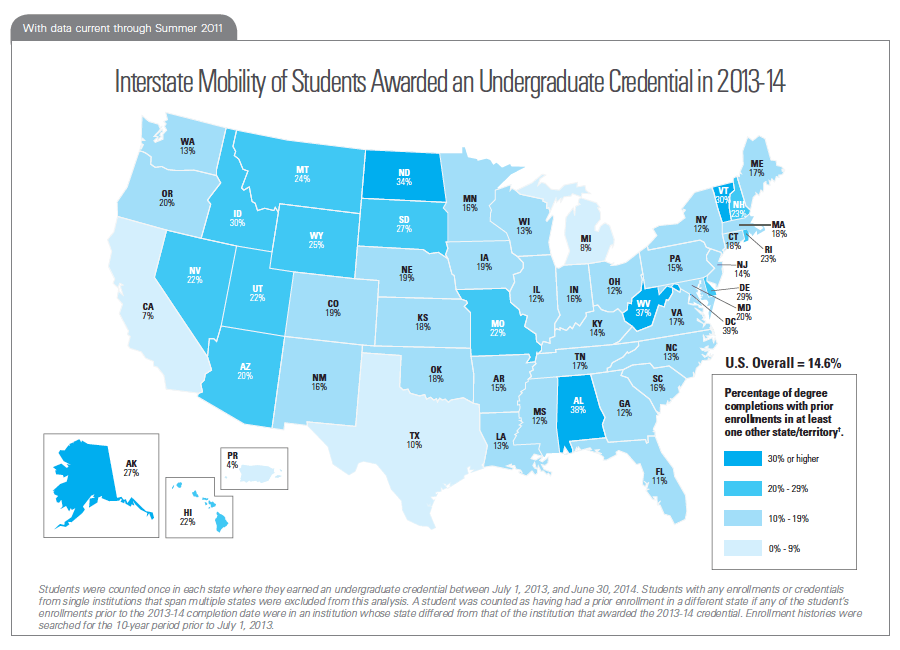 Students were counted once in each state where they earned an undergraduate credential between July 1, 2013, and June 30, 2014. Students with any enrollments or credentials from single institutions that span multiple states were excluded from this analysis. A student was counted as having had a prior enrollment in a different state if any of the student’s enrollments prior to the 2013-14 completion date were in an institution whose state differed from that of the institution that awarded the 2013-14 credential. Enrollment histories were searched for the 10-year period prior to July 1, 2013.